Written by Maria Seidman
Updated over a week ago

If a new user tries to install a demo app that has reached it's install limit, they will get an error message such as the one shown below. 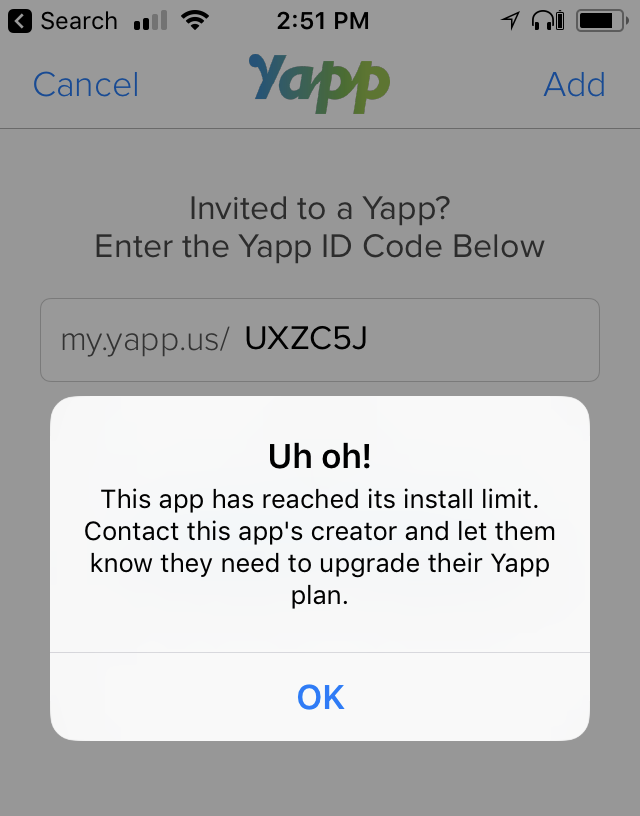 7If a user uninstalls the app from Yapp, the count will be decreased by one.

Did this answer your question?