How time zones are handled and displayed in Yapp

Written by Luke Melia
Updated over a week ago

Yapp helps to make time zones clear to end users on schedule pages when there is a difference between the user’s time zone and the app’s time zone.

If you are an app creator, you should verify that you have set your app’s time zone properly.

When the end user’s device time zone matches the app’s time zone, the app simply renders the dates and times on the schedule as they were entered in the app. For example: 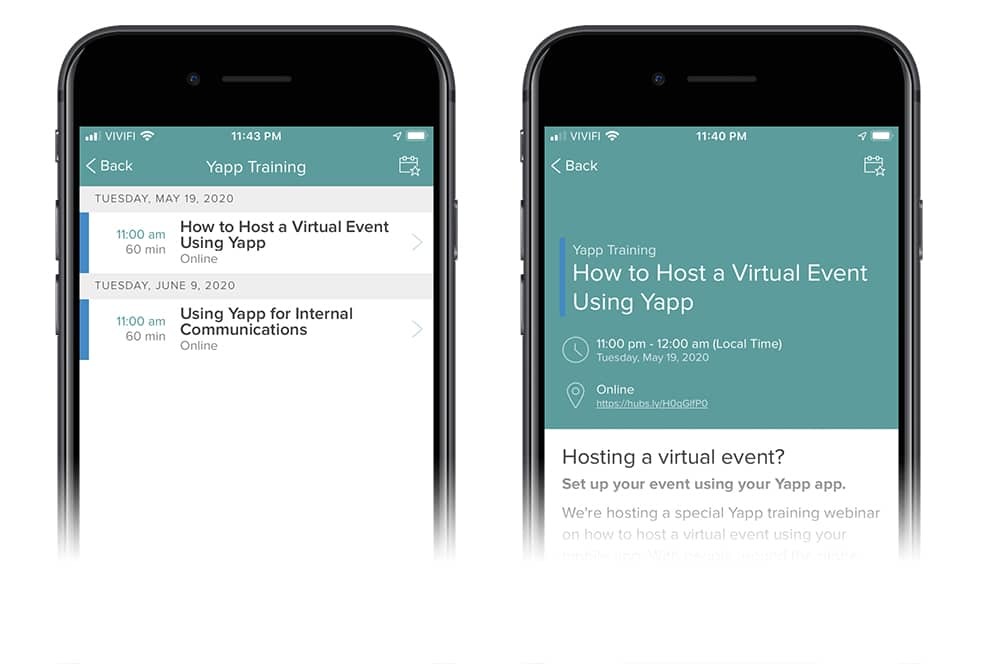 When the end user’s device time zone is different from the app’s time zone, the app will show the GMT offset in the header of the schedule page and next to the time of the schedule detail page. Here’s how it looks: 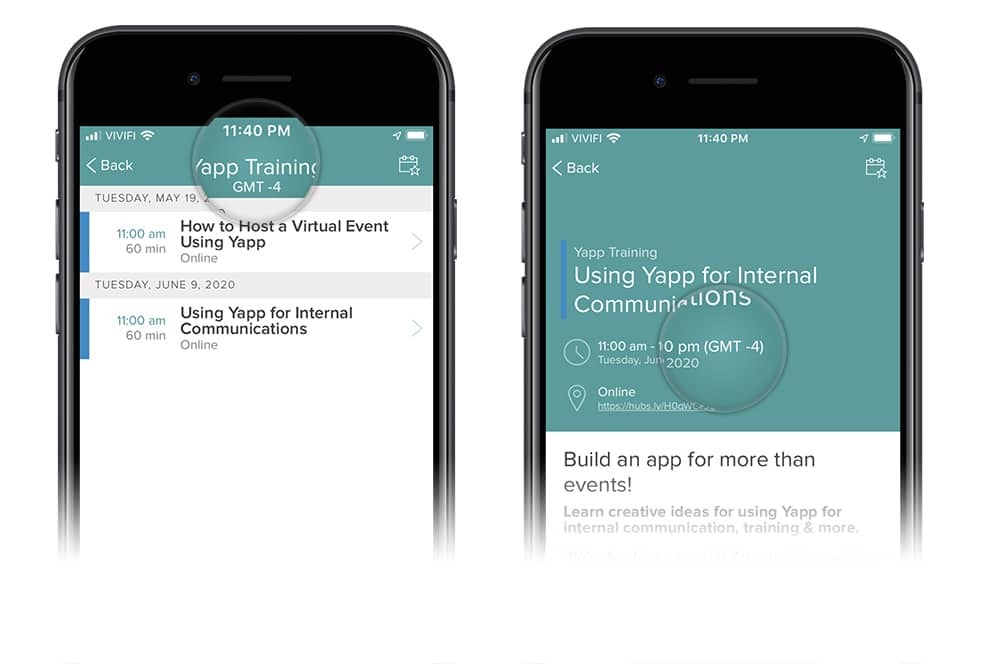 If the user taps the GMT offset in either of these locations, it will switch to read “Local time” and the dates and times will be adjusted to show in the device time zone. Tap again to switch back to the app time zone. The following example is of a user in Singapore viewing an app set to New York time:

This behavior has been designed to be useful when an app’s users are spread across multiple time zones, without introducing any new complexity when all users are in the same time zone as the app.

Did this answer your question?